(Sign up for the HappyCoders Newsletter
to be immediately informed about new parts.)

Sorting algorithms are the subject of every computer scientist's training. Many of us have had to learn by heart the exact functioning of Insertion Sort to Merge- and Quicksort, including their time complexities in best, average and worst case in big O notation … only to forget most of it again after the exam ;-)

If you need a refresher on how the most common sorting algorithms work and how they differ, this series is for you.

Would you like to know precisely how a particular sorting algorithm works? Each sorting method listed links to an in-depth article, which…

You can find the source code for the entire article series in my GitHub repository.

You can also skip the explanations for now and come back here later. And go directly to the most important sorting algorithms.

The most important criterion when selecting a sorting method is its speed. The main point of interest here is how the speed changes depending on the number of elements to be sorted.

After all, one algorithm can be twice as fast as another at a hundred elements, but at a thousand elements, it can be five times slower (or even much slower; but this could not be shown well in the diagram):

Therefore, the runtime of an algorithm is generally expressed as time complexity in the so-called "Big O notation".

The following classes of time complexities are relevant for sorting algorithms (more detailed descriptions of these complexity classes can be found in the corresponding linked article):

Here once again, the diagram from above with the indication of time complexities and an additional curve for quasilinear time. Since the time complexity does not give any information about the absolute times, the axes are not labeled with values anymore.

With quadratic complexity, one quickly reaches the performance limits of today's hardware:

So you should, therefore, avoid quadratic complexity whenever possible.

Space complexity is specified with the same classes as time complexity. Here we meet yet another class:

In stable sorting methods, the relative sequence of elements that have the same sort key is maintained. This is not guaranteed for non-stable sort methods: The relative order can be maintained but does not have to be.

What does that mean?

In the following example, we have a list of names (randomly created with the "Fantasy Name Generator" – with a little manual adjustment to get the same last name twice). The list is initially sorted by first names:

This list is now to be sorted by last names – without looking at the first names. If we use a stable sorting method, the result is always:

This means that the order of Frankie and Madison always remains unchanged with a stable sorting algorithm. An unstable sorting method can also produce the following sorting result:

Madison and Frankie are reversed compared to the initial order.

Most of the well-known sorting methods are based on the comparison of two elements on less, greater or equal. However, there are also non-comparison-based sorting algorithms.

You can find out how this can work in the Counting Sort and Radix Sort sections.

This characteristic describes whether and to what extent a sorting algorithm is suitable for parallel processing on multiple CPU cores.

A recursive sorting algorithm requires additional memory on the stack. If the recursion is too deep, the dreaded StackOverflowExecption is imminent.

An adaptive sorting algorithm can adapt its behavior during runtime to specific input data (e.g., pre-sorted elements) and sort them much faster than randomly distributed elements.

Comparison of the Most Important Sorting Algorithms

The following table provides an overview of all sorting algorithms presented in this article series. It is a selection of the most common sorting algorithms. These are also the ones you usually learn in your computer science education.

Each entry links to an in-depth article that describes the particular algorithm and its features in detail and also provides its source code.

If you only need an overview at first, you will find each sorting algorithm explained in one sentence after the table.

Simple sorting methods are well suited for sorting small lists. They are unsuitable for large lists because of the quadratic complexity. Mainly Insertion Sort (which is about twice as fast as Selection Sort due to fewer comparisons) is often used to further optimize efficient sorting algorithms like Quicksort and Merge Sort. For this purpose, these methods sort small sub-lists in size range up to approximately 50 elements with Insertion Sort.

Insertion Sort is used, for example, when sorting playing cards: you pick up one card after the other and insert it in the right place in the cards that are already sorted.

You can visualize Selection Sort by looking at the playing card example. Imagine that all the cards to be sorted are laid out in front of you. You look for the smallest card and pick it up, then you look for the next larger card and pick it up to the right of the first card, and so on until you pick up the largest card last and place it to the far right of your hand.

Bubble Sort compares adjacent elements from left to right and – if they are in the wrong order – swaps them. This process is repeated until all elements are sorted.

Efficient sorting algorithms achieve a much better time complexity of O(n log n). They are, therefore, also suitable for large data sets with billions of elements.

Quicksort works according to the "divide and conquer" principle. Through a so-called partitioning process, the data set is first roughly divided into small and large elements: small elements move to the left, large elements to the right. Each of these partitions is then recursively partitioned again until a partition contains only one element and is therefore considered sorted.

As soon as the deepest recursion level is reached for all partitions and partial partitions, the entire list is sorted.

Merge Sort also works according to the "divide and conquer" principle. However, the procedure works in reverse order to that of Quicksort. Instead of first sorting and then descending into the recursion, Merge Sort first goes into the recursion until sublists with only one element are reached and then merges two sublists in such a way that a sorted sublist is created.

In the last step out of the recursion, two remaining sublists are merged and produce the sorted overall result.

Merge Sort offers an advantage over Quicksort in that, even in the worst case, the time complexity does not exceed O(n log n) and that it is stable. However, these advantages are paid for by an additional space requirement in the order of O(n).

The term Heapsort is often confusing for Java developers since it is initially associated with the Java heap. However, the heaps of Heapsort and Java are two completely different things.

Heapsort works with the data structure heap, a binary tree mapped to an array in which each node is greater than or equal to its children. The largest element is, therefore, always at the root position.

Non-comparison sorting methods are not based on the comparison of two elements on less, greater or equal.

Then how can they work?

This can best be explained using an example – in the following section using Counting Sort.

Counting Sort – as the name suggests – counts elements. For example, to sort an array of numbers from 1 to 10, we count (in a single pass) how often the 1 occurs, how often the 2 occurs, etc. up to the 10.

This technique is usually used only for small number types like byte, char, or short, or if the range of numbers to be sorted is known (e.g., ints between 0 and 150). The reason for this is that, to count the elements, we need an additional array corresponding to the size of the number range.

The variable k stands for the number of possible values (keys).

In Radix Sort, elements are sorted digit by digit. Three-digit numbers, for example, are sorted first by the units place, then by the tens place, and finally by the hundreds place.

In contrast to Counting Sort, this method is also suitable for large number spaces such as int and long, is stable and can even be faster than Quicksort, but has a higher space complexity O(n) and is, therefore, used less frequently.

There are numerous other sorting algorithms (Shell Sort, Comb Sort, Bucket Sort, to name just a few). However, in my opinion, knowing the methods presented in this article is an excellent basic knowledge.

If you have read the Javadocs of List.sort() and Arrays.sort(), you might wonder why I haven't listed Timsort and Dual-Pivot Quicksort in this article.

Timsort is not a completely independent sorting method. It is instead a combination of Merge Sort, Insertion Sort, and some additional logic. I will describe Timsort in the article about Merge Sort.

Also, Dual-Pivot Quicksort is a variant of the regular Quicksort and will be described in the corresponding article.

This article has given an overview of the most common sorting algorithms and described the characteristics in which they mainly differ.

In the following parts of this series, I will describe one sorting algorithm each in detail – with examples and source codes.

In another part, I give an overview of the sorting methods provided by Java, and I show how to sort primitive data types on the one hand and objects using Comparator and Comparable on the other.

If you liked the article, feel free to share it using one of the share buttons at the end. Would you like to be informed by e-mail when I publish a new article? Then click here to subscribe to the HappyCoders newsletter. 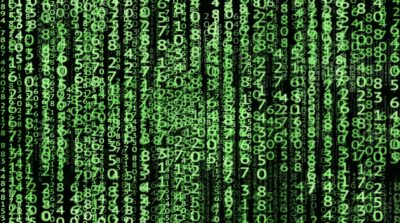