Part 1: Setting up a Server with Ansible

I will do the whole thing completely with Ansible – infrastructure as code – after all, the blog is called "Happy Coders"! You can find the complete code in my GitLab repository: https://gitlab.com/SvenWoltmann/happycoders-tutorial-server-setup.

In addition to the article, there is a (German-only) video tutorial: Setup of a dedicated server with Ansible

Let's start with the first part, setting up the server.

I use a dedicated server with a Xeon E3 third-generation CPU, 32 GB RAM and two enterprise HDDs from the Hetzner Server Auction for 26 Euros a month. A VM at Amazon with four virtual cores, 32 GB RAM and 2 TB HDD memory starts at 250 Euros. At the German provider ProftBricks, you get four Intel cores, 32 GB RAM and 2 TB HDDs for 298.88 Euros. The CPU speed can't be compared exactly without tests, but this quick check shows that for the dedicated server, I only pay a fraction of what a VM would cost. By the way, both cloud providers add traffic costs, while Hetzner includes unlimited traffic with 1 GBit/s bandwidth.

I start with the installation of the operating system image. The Hetzner server is currently running in the rescue system. For authentication, I deposited my public key with the order, so that – after adding the server's IP address to my local hosts file – I can log in with ssh:

Manually, you would now start the installation with installimage. However, the script also has an automatic mode – you can find out the parameters by entering installimage -h:

The command itself is located at root/.oldroot/nfs/install and the available images are at /root/.oldroot/nfs/images/. From there, I select the most recent Debian image, Debian-95-stretch-64-minimal.tar.gz. I want to create a RAID 1, make the first 512 MB an ext3 boot partition, and format the remaining space as an ext4 file system. The command would now look like this:

However, I don't want to do this manually, but automatically from my computer via Ansible, so that I can also run it on other servers at any time with one click.

Ansible is an open-source tool for automating the configuration and administration of the IT infrastructure. In contrast to other tools such as Chef or Puppet, Ansible requires neither a server component nor a repository – that is costly and/or requires extensive maintenance – from which the server retrieves the configuration data. Ansible only needs an SSH connection to the server.

Whenever I use an Ansible module for the first time, I will explain it briefly and link to the corresponding documentation on the Ansible website.

The installation is described in detail in the Ansible Installation Guide.

Windows is not directly supported, but this is not a problem. The Windows Subsystem for Linux Installation Guide shows you how to run full-fledged Linux under Windows 10 – parallel to Windows and without the overhead of a VM. Depending on the Linux distribution you choose, follow the appropriate section in the Ansible Installation Guide. Since I personally use Debian on my servers, I also installed it on my Windows laptop:

Installing the Image with Ansible

First, I create a new Ansible project. This is nothing more than an empty directory within my Git monorepo: /happycoders/git/main/ansible/.

First, Ansible needs a hosts file that lists the servers it should control. In my case, this is just one server: happy1.happycoders.eu. In the hosts file, hosts can also be grouped together to control multiple servers at the same time. For example, I could add a second server, happy2.happycoders.eu and combine both servers to a group, "production" or add test servers to a group, "test". This would look like this:

Since I currently have only one server, my hosts file looks like this for now:

Ansible expects this file in /etc/ansible by default. To change this, a file ansible.cfg must be created in the project directory and the path of the hosts file must be specified in it. The ansible.cfg file looks like this:

Ansible actions ("tasks") are implemented in so-called "roles". Which of these roles should be executed on which servers is defined in "playbooks". I'll start with the playbook: I create a playbook file, install_image.yml in the project directory /happycoders/git/main/ansible/, with the following content:

Explanation of the parameters:

In the second step, I create a role of the same name. Since roles can consist of more than one file, each role is located in a directory roles/<role name>/. So I create the directory roles/install_image/ under my project directory.

In addition to the aforementioned tasks, a role can contain files, templates, and variables, each of which is located in its own subdirectory. But I'll show you later – for the install_image role, I only need tasks and for those, I create the directory roles/install_image/tasks/. In that directory, Ansible expects to find the actual task definitions in the file main.yml. In this file, I define the following five tasks, which are executed by Ansible in exactly this order:

In Ansible code, it looks as follows:

In the first line, I define the name of the task. This name is displayed when the role is executed. In the second line, I say that the Ansible module raw should be executed, which executes the specified command on the server. There is actually a more convenient way to install a package, but this is only available once Python is installed. I will show you that method later.

Step 2 – Check if the script exists:

To check if a file exists, you can use the Ansible module stat: the parameter path defines which file should be checked and the parameter register defines the name of a variable in which the result of the check is stored. You can see how this result is evaluated in the next step.

Step 3 – Cancel if the script does not exist:

I'll explain this step from the bottom up: With the Ansible Conditional when, I define that I only want to execute something in a certain case, namely if the file does not exist (stat_result.stat.exists == false). If this is the case, I want to perform two actions: display an error message via the Ansible module debug and abort the playbook via the Ansible module meta. To make this possible, I combine these two actions in a "block". The second action shows that a task does not always have to have a name. I could also define a name here, e.g. name: End the Playbook, but I don't think that's necessary here.

The Ansible module shell allows me to execute the installimage script. Since I want to replace the variable inventory_hostname (hostname of the server), which is defined by the Ansible playbook, I have to enclose it in double curly brackets and put the complete command in quotation marks.

This step is self-explanatory.

What I don't like about the script is that a lot of it is hardcoded. Maybe Hetzner will change the path of the installimage script in the future; maybe I want to install another image in the future or create a RAID 5 on more than two disks.

To make this possible, I extract values that I might want to change in the future into a so-called host variable file. This must be in the directory host_vars and gets the name of the server. So I create the file host_vars/happy1.happycoders.eu and fill it as follows (the comment in the line "raid …" is not part of the variable value):

I now replace the values in the task definition with the corresponding variable names, which I enclose in double curly braces – as you have already seen with inventory_hostname. The file roles/install_image/tasks/main.yml is now complete and looks like this:

I am now ready to run the playbook. To do this, I change back to the project directory and execute the following command:

With the parameter --extra-vars, I pass the variable target to the playbook, which I used in its first line.

Attention: In the Linux Subsystem for Windows 10, the drives are mounted by default in a way that every user has full read and write access to all directories and files. This causes Ansible to abort with the following warning:

To change this, the drive containing the Ansible directory must first be unmounted and then remounted with the metadata option enabled. For example, if it is the C: drive, you would do this as follows:

More information can be found in the Microsoft blog article Chmod/Chown WSL Improvements. Next, you can remove the global write permissions from the project directory as follows:

Back to the ansible-playbook command. If everything works fine, you can now see the following output in the console:

During the reboot, the connection breaks up, that's perfectly OK. After a short time, the server should be reachable again. Since the new image has changed the fingerprint of the server key, I have to remove the old key from my known_hosts file:

Then I can log back in to the server and see that the new image has been successfully installed:

The installed Debian image does not have Python installed by default.

In my playbook for the further configuration of the server, I will not be able to do without the "facts" that Ansible collects from the server when starting a playbook (IP address, operating system version, etc.). However, Python must be installed for this to work.

Therefore, I create the playbook file install_python.yml with the following content in my project directory:

For the new role, I create the file roles/install_python/tasks/main.yml:

I am running the playbook as follows:

And I get this output:

In this article, I explained what Ansible is and I showed you how to use Ansible to automatically install the operating system image on a dedicated server.

Next, I want to install all available patches, set the hostname and create a hosts file, create another user so I don't have to log in as root, optimize the SSH configuration, create Bash aliases, install some helpful command-line tools, and configure the firewall.

How this works is shown in the second part of the series: Setup of user accounts, SSH and firewall with Ansible.

If you liked this first part of the series, feel free to leave me a comment or share the article using one of the share buttons at the end. 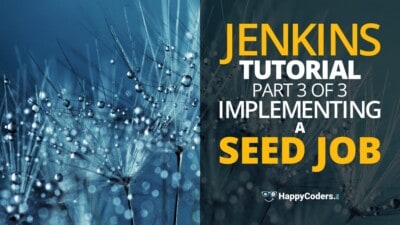