In this article, I show you how to convert an int into a String in Java the fastest way. The answer is probably surprising for some. I present four variants and measure and compare their speed using JMH microbenchmarks. I analyze the measurement results looking at the Java source code and also the generated bytecode. If you want to skip the details, you can use this link to scroll down directly to the result.

In the following sections, I first perform detailed benchmarks and then interpret the results based on the Java source code and the generated bytecode.

Performance measurements of the int-to-String conversion

To find out which of the options is the fastest, I ran several benchmarks with the Java Microbenchmark Harness – short: JMH.

JMH is a framework that facilitates benchmark tests for short code sections and provides meaningful measurements in milli-, micro- and nano-second ranges. Tests are repeated hundreds of thousands of times, and the actual measurement process is only started after a warm-up phase to give the just-in-time compiler sufficient lead time for code optimization.

A good tutorial for beginners can be found on tutorials.jenkov.com.

IntelliJ comes with a JMH plugin by default so that you can run the benchmark tests directly in your IDE.

Source code of the microbenchmarks

Below you find the complete source code of the int-to-String benchmark. You can copy the code directly into your IDE or clone it as a Maven project from my GitHub repository. When you create a project yourself, you need to add the following two dependencies:

A few remarks about the source code:

In the following sections, you find the measurement results on my Dell XPS 15 9570 with an Intel Core i7-8750H. Detailed results (including all single tests, minimums, maximums, and standard deviations) can be found in the results/ directory of my GitHub repository.

The first two variants can be regarded as equally fast, which is to be expected since String.valueOf(i) simply calls Integer.toString(i), and this call is inlined by the HotSpot compiler.

As expected, the third variant is slower, since the format string must be parsed here.

The fourth variant ("" + i) is significantly faster under Java 7 (almost 15%) than the first two variants.

Java 8 shows a very similar result as Java 7, with all variants having increased in speed between 2% and 8%.

Java 9 makes it interesting: All variants have significantly increased throughput (20 to 30%). However, the margin of variant four ("" + i) has dropped back to about 2%. To exclude measurement inaccuracies, I repeated the test several times.

I skip Java 10. Java 11 is the current LTS (Long Term Support) release. Java 9 was the first release after the new release cycle and came three and a half years after Java 8, so I included it.

There were no significant changes from Java 9 to Java 11. I attribute the minimal fluctuations to measurement inaccuracies.

I also skip Java 12 and come directly to the current release, Java 13.

The variants one, two, and four are virtually unchanged; variant four is still the front runner. Something interesting happened to variant three (String.format("%d", i)): compared to Java 11 it is 34% slower.

For the sake of completeness, I also tested the latest early access build of Java 14 (ea+19).

Here we see almost the same result as with Java 13. "" + i is still the fastest way. The 2% lead over the first two variants has proven to be stable in the last four Java versions measured so that we can rule out measurement uncertainty.

Here you can see all measurement results summarized in one diagram:

We can summarize – regardless of the Java version:

"" + i
is the fastest method
to convert an int into a String.

… whereby the margin up to Java 8 with almost 15% was clearly more significant than since Java 9 with about 2%.

The measurements have raised the following questions, which I would like to clarify in this section:

I will, therefore, analyze the JDK source code and the generated byte code.

Why have all variants significantly increased in speed in Java 9?

My first guess was that "Compact Strings", which are enabled by default in Java 9, are responsible for the increased performance. However, disabling them (VM option "-XX:-CompactStrings") did not result in any relevant speed change.

My second approach was to compare the Java source code of the Integer.toString(i) methods of Java 8 and Java 9. While the Java 9 code is easy to understand, the Java 8 code looks pretty cryptic and optimized. To see if it's this code change (and not JVM optimizations), I extracted the Java 8 source code from Integer, copied it into a class Integer8 under Java 9, and repeated the benchmark test with it. And indeed: The Integer8.toString(i)-Method was also much slower under Java 9, but a bit faster than under Java 8. So the main reason for the performance gain lies in code improvements, and besides, there are some JVM optimizations.

I didn't put the corresponding source code in my GitHub repository, because I'm not sure to what extent I can publish code from the JDK or even parts of it.

I have not further investigated variants three and four at this point. I assume that also, their algorithms have been massively improved.

Why does "" + i perform best throughout all Java versions?

To find out why "" + i is the fastest, let's first look at the generated byte code. We do this as follows:

We create a file IntToStringFast.java with the following content.

We compile the file as follows:

And look at the byte code with the following command:

With Java 7 and Java 8 the following byte code is generated (here only the relevant excerpt):

The bytecode corresponds to the following Java code (interestingly append("") was not eliminated – this task is apparently left to the HotSpot compiler):

To confirm this assumption, I repeat the benchmark with the StringBuilder.append(i) code and come to the same result as for "" + i.

Looking at the AbstractStringBuilder.append(int i) method, we realize that in both Java 7 and Java 8, it contains virtually the same code as Integer.toString(int i). The only difference I could see is that StringBuilder internally first creates a char array of length 16, which is then copied in the toString() method via System.arraycopy() into an array of the required length; while Integer.toString() creates a char array of the final required length from the start. To check if this makes a difference, I create another test in which I pass 7 as capacity when creating the StringBuilder (only 7-digit random numbers are generated in the test). However, this also leads to the same result.

This is a short interim result of my current test:

All StringBuilder variations are almost equally fast and, still, significantly faster than Integer.toString(). To get to the bottom of this, I copy the source code from both Integer and StringBuilder and run the tests again. I get the following result (the benchmarks with the "8" are the ones with the copied source code):

Interesting: In the copied source code, Integer.toString(i) and "" + i are almost equally fast – as I would have expected after viewing the source code. However, both copied classes are slower than the classes from the JDK. So what does this mean?

At this point, I stop the analysis for Java 7 and Java 8 for the time being. You could now use the VM options -XX:+PrintCompilation -XX:+UnlockDiagnosticVMOptions -XX:+PrintInlining to see how HotSpot optimizes the code in detail, but I don't have enough time to do that.

Since Java 9, different byte code is generated from "" + i – only a single line:

The makeConcatWithConstants() method "facilitate the creation of String concatenation methods, that can be used to efficiently concatenate a known number of arguments of known types" (see StringConcatFactory's JavaDoc). I looked at the source code of StringConcatFactory.makeConcatWithConstants(). Eventually, it also invokes StringBuilder.append(int) using a MethodHandle. Therefore also here I cannot see why this variant is faster than Integer.toString(). Again, sophisticated HotSpot optimizations seem to be at work.

Why has String.format(i) become so slow in Java 13?

The method String.format() invokes – in both Java 11 and Java 13 – Formatter().format(format, args).toString(). To check if it's the int-to-String conversion or the formatter in general, I do a test with the format string "%s". As parameter, I pass a random number again, which I already convert into a String in the "state" and pass it as such to the test method (you can also find this test in the GitHub repository).

So the formatter has generally become much slower, not only when converting integers to Strings. Unfortunately, I don't have the time to analyze further details here. This article has already become much longer than originally planned.

Extensive benchmark tests have shown that across all Java versions, "" + i is the fastest way to convert an integer to a String. While the margin for Java 7 and Java 8 was still an impressive 15%, it has dropped to about 2% since Java 9, so today it's basically a matter of taste which variant you use.

Unfortunately, I did not succeed in finding out the underlying reason. Do you know the cause? Or do you know other performant ways to convert ints into Strings? Then I look forward to your comment!

In the next article, I'll show you what to consider in the opposite direction, i.e. when converting Strings into ints. 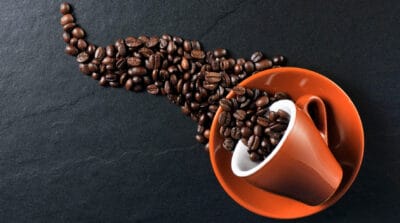